Caerulein-induced acute pancreatitis in mice is a well-studied model of the disease, which is characteristically a mild, necrotizing, self-limiting, and highly reproducible pancreatitis. The initiation of the disease is thought to be mediated through premature intracellular activation of zymogens in the acinar cells, which leads to activation of a cascade of digestive zymogens that results in acinar cell necrosis and mild pancreatic edema followed by an inflammatory response. Hyperamylasemia caused by leakage of amylase from injured acinar cells is also indicated.1,2

Pancreas sections were examined for degree of necrosis, vacuolization, inflammation, and edema according to these methods. 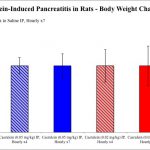 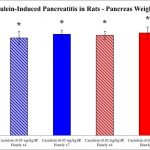 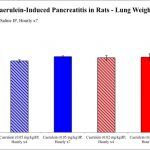 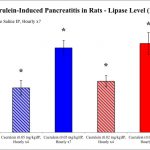 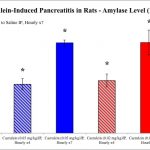 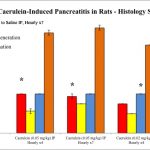 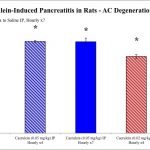 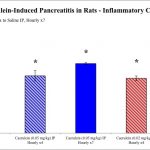 For additional examples of positive controls, please contact us.

Pancreatitis is an inflammation of the pancreas that occurs when pancreatic enzymes that digest food are activated in the pancreas instead of the small intestine. It can be acute in nature, beginning suddenly and lasting a few days, or chronic, lasting many years. Several etiologies are known to induce acute pancreatitis, including biliary tract stones, ethanol abuse, trauma, tumors, and idiopathic factors. Clinical symptoms of pancreatitis range widely from mild, self-limiting upper abdominal pain to multi-organ failure and sepsis with high mortality. Caerulein, a synthetic decapeptide originally extracted from the skin of the Australian amphibian Hyla cerulean, stimulates exocrine pancreatic secretion in a variety of mammals including humans.